Our office is open to the public. Face masks are required for 4-H youth events only.

Find this article at:
go.ncsu.edu/readext?696926
— Written By Renee Goodnight
SLUG! 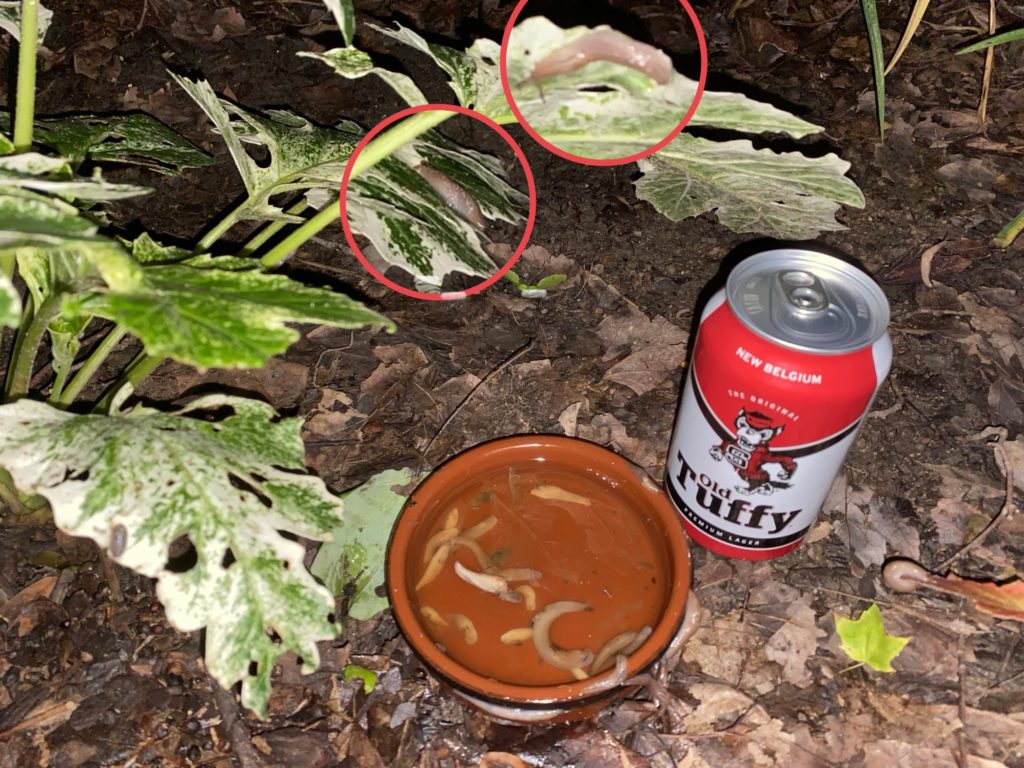 Is it:
1) A slow, lazy person
2) An amount of an alcoholic drink
3) An elongated, typically rounded piece of metal
4) A counterfeit coin
5) Being hit by someone
No, none of these. It is…a tough-skinned terrestrial mollusk which typically lacks a shell and secretes a film of mucus for protection. It can be a serious plant pest. Don’t I know it!
I first saw the non-variegated acanthus and was smitten by the leaf structure. But I’m not the only one as it was used in architectural design by the Greeks since the 5th century and later by the Romans. 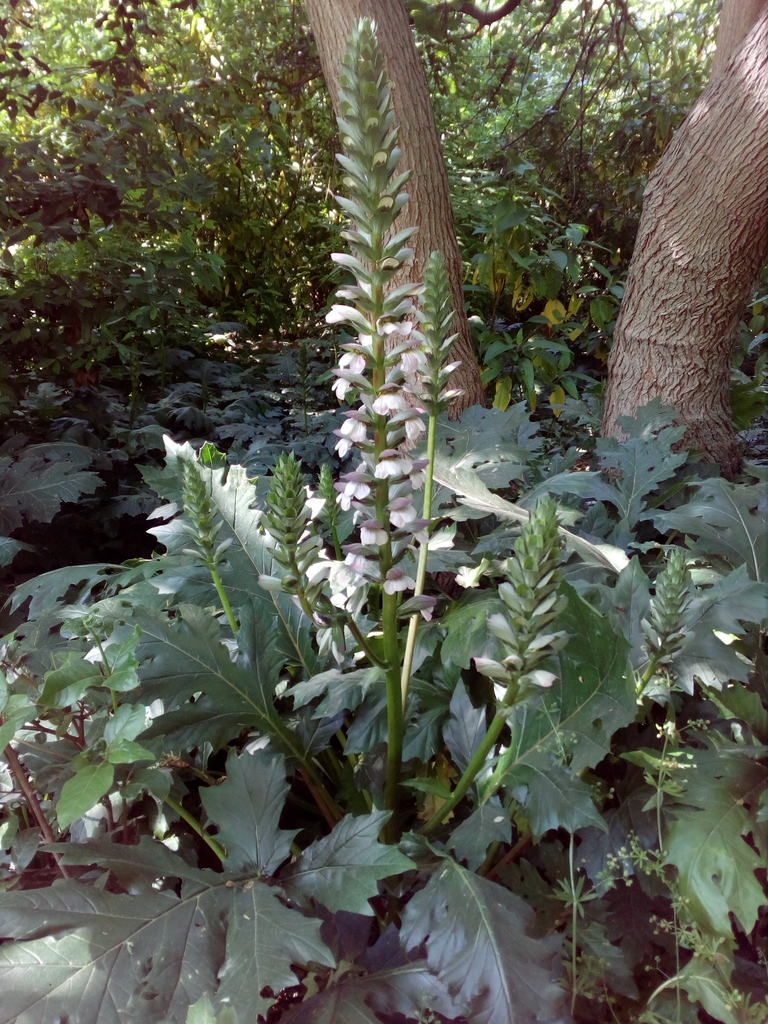 Then I saw the Acanthus Mollis, White Water, a variegated leaf variety at a local garden shop in April and thought, I’m going to spend the $29.99 and buy this beautifully variegated plant with a strong leaf structure (pinnatifid) that I have coveted for some time. Happy me!
Soon after planting it in my yard, I came to understand there were many, many others who were as excited as I was. Yes, oh woe was me and still, I am woe’d.
My beautiful acanthus was being devoured and I had to act fast to save my financial investment. The attack was so ferocious that one inspection of my plant saw that one of the leaves had been munched on until only the leaf vein remained!
I knew that beer was an old environmentally-friendly panacea for ridding your garden of slugs. I poured some Old Tuffy, that we happened to have at the house, in a shallow container and was disgusted by the number of slugs that I saw the next day. After consulting my NC State University horticulture agent, she explained that slugs would be most active early morning and at dusk so I began scouting for them. I took this photo at 9:28 p.m. I expected to see these voracious eaters collecting around the beer but also found two on my acanthus! Now I frequently search for them and have placed several containers with beer around my plants and in pots.
Because slugs live below ground, they can also eat bulbs and tubers as well as above-ground plants. Due to their slime, they like moisture and lower temperatures. This spring with all the rain and cool weather, slugs have been very active. It is best to water in the morning to avoid this optimal condition. As it warms up, hopefully, their citings will decrease as the maximum temperature they tolerate is 86 degrees. Unfortunately, they don’t dry out and die as it gets hotter, just go underground where it is cooler or hide under tree bark or planters.
Slugs use mucus trails of other slugs to help them find something to eat, which accumulates in feeding areas. Sometimes the trail of mucus contains pheromones for mating which can produce 20-200 more eaters attending your plant buffet. It is recommended that you remove the slime; water works fine. Lightning bug larvae have been noted to use slime trails to locate and eat slugs.
Yesterday I visited a trusted nursery and after discussing slugs with the owner, he recommended a product that contains iron phosphate which the slugs will eat and die. Iron phosphate that isn’t eaten by the slugs breaks down into fertilizer, another environmentally-friendly option.
For the common types we find munching in our yards, 18 months is their life span. They serve as a food source for mammals, birds, and other insects.
Slug trivia factoid: they are males, then become hermaphrodites, then females.
It is hard for me to believe that they are actually beneficial but they eat decomposing plants and dead animals, which helps make for healthy soil.
OK so they aren’t all bad, but I’m going to begin serving them iron phosphate with a slug of Old Tuffy, to wash it down.
This is a great article about the beautiful acanthus (or Bear’s Breeches, Bearsfoot, Oyster Plant, Sea Dock) from NC State Extension.
If you want to dive deep, this Extension article is quite thorough.
Contact Lauren Hill with gardening Questions: lauren_hill@ncsu.edu
share Share This Article